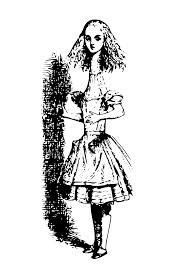 Well, no, I probably shouldn’t be writing this. I have, it turns out, an official case of the flu; the doctor last night referred to it as Influenza, to underscore how serious she was about my doing nothing, not even leaving the house to walk 5 minutes to the Starbucks, for at least the next 3 days. As the flu kicked the everliving shit out my immune system, a bacterial sinus infection came dancing in wearing sharp, spiky heels. And, until brain, body, and will all came to definitive and screaming halts yesterday afternoon, and I simply and quite literally could no longer continue, I participated in this beat down by continuing to work every day, including through the entirety of last weekend. I am feeling really very dreadful.

As I was recently told by the daughter of a very wise person, getting old is not for sissies. I am finding it hard to recuperate the way I should—that is, by laying about like a 45-year-old, sweatpants-wearing, donut-bellied, unemployed (and unemployable) layabout living at home with his mom, watching reruns of M.A.S.H. and WKRP—because my back and neck and shoulders hurt. One chair is good for my lower back but bad for my shoulders, another vice versa, my desk chair is mediocre for both but often the best compromise, and laying down isn’t great for any of these. I have to keep moving around and when I sleep in the afternoons, which I do, it’s because I can no longer help it.

I have been reliving some of my grad school glory days with short bursts of reading standing up. In the last few weeks before we wrote our comprehensives, I was struck down with walking pneumonia and could barely stay awake, even while pacing back and forth in my living room, studying my notes out loud; I’d learned that sitting down to review was no longer an option when I fell asleep doing so and nearly broke my nose when my face hit the desk. I had to partially stand as I wrote those exams for the same reason, the adrenalin of that hideously stressful situation barely making its presence felt. Indeed, I think what helped me stay semi-lucid during those exams was looking up at one point and nearly jumping out of my skin because one of my co-examinees was wearing the world’s largest pair of industrial noise-cancelling headphones. I thought I might be hallucinating and that frightened me enough to keep my eyes open and my pen scrawling.

Speaking of hallucinations, while I am not having any, my brain does feel rather disconnected. Floaty maybe, if floaty were a word. For example, I kept writing “hallunications” just now and only realized something was wrong because that bloody jagged underlining told me so and then I couldn’t figure out what the problem was for the longest time. And earlier, because my back needed a little break from sitting, I did a load of laundry and while I was hanging it up I felt suddenly very tall, as though I were towering over the drying rack from a very great height. I thought of Alice in Wonderland and wondered if that book’s really just about a kid with a bad fever.

I certainly had some crazy hallucinations in my childhood sickbeds. I recall a nightmare about a Brownie meeting that just wouldn’t end, an experience particularly galling and stressful because I was such a miserable failure at Brownie-ing in real life; I think I earned maybe 4 badges total and never understood anyway what was so very engaging about jumping up in the air roaring TOO-WIT TOO-WIT TOO-WOOOO! over and over and over again.

No odd dreams this time around, though the reading I’m doing does feel rather dream-like, which is likely why I was irritated for only half of Murakami’s Colorless Tsukuru Tazaki and His Years of Pilgrimage. I know that I’m too old, too something, to be reading his stuff anymore but for some reason I had this book and knowing that his work makes best sense in the dark alienation of sleepless nights, I thought his prose and limping, shallow plot lines might also work alongside the dizzy disconnect of winter illness. I was partly right and kind of enjoyed the first half of the book but the terrible dearth of editorial intervention here—seriously, this book could be at least 1/3 shorter and lose nothing—seeped through to me anyway and I started to fuss and complain. I still finished it, of course, because I’m a fool.

Ali Smith’s Artful is, on the other hand, perfect for me right now. There are two characters and it’s mostly just fun, uncomplicated literary analysis of a bunch of texts (and movies and pieces of visual art; but mostly lit) that are themselves enjoyable. Smith apparently began a PhD but didn’t finish it and it seems obvious to me why: She’s a born generalist, greedy to read and see everything, to remain unfettered by genre or language or time (which, while I did finish my PhD, I understand entirely).

And I just ran out of steam again. Over and out.