The first person ever to take me on a date was my Nana. We hit the all classy joints together, like Ponderosa and Kentucky Fried Chicken, in the town where I grew up. But the local Chinese restaurant was my favourite. It had those plastic, yet also somehow extremely plush, booths so integral to a good cheap dining experience. The lady who owned the place always told me I was a lovely little girl (not true; I was cross-eyed and buck-toothed). Going to the Sun Sun Cafe with my Nana made me feel like everyone, including me, was amazing.

We would sit across from each other, she with her watery coffee and toast, me with my fries and milk shake; we were obviously committed to broadening our culinary horizons. We’d have profound conversations about I have no idea what. All I know is that she listened to every word I said like it was interesting and important, and she’d respond seriously to everything. She was a beautiful lady who, after a life of really terrible and abundant heartbreak—my dad was the only one of her nine children to live longer than a week; she outlived her husband my older sister—didn’t shut down at all. She loved me like there was no such thing as heartbreak and she showed me in many ways, including through taking me out to dinner.

She wanted to show me how much she loved me through food in every way, as all grandmothers do, probably, but here’s the thing: She couldn’t cook. To say she couldn’t cook doesn’t even begin to cover it. As a child of the 80s, I loved me some Kraft Dinner; KD is a foodstuff designed to be manageable by everyone and under all circumstances no matter how stressful, rushed, or unsavory. My Nana could not make KD taste good; I recall choking it down when she worked herself up to making it for me because I was hungry; and although I have always been a bear of very little brain, I knew it would hurt her if I didn’t eat it. 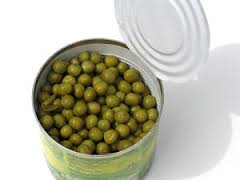 But even a failure to make KD palatable doesn’t really convey just how handicapped my poor Nana was in the kitchen. When I was maybe seven years old, she decided to make us a can of peas for lunch; you know, just those small peas that someone fancy might dump on top of a hot turkey sammich. But not on top of a sammich—just the peas. She proceeded to poor this can of peas directly into the kettle; even as a spacy seven-year-old still learning to make toast for myself without burning the house down, I knew this wasn’t right. I tried to warn her, I think; maybe I just gawped. In any case, she dumped the peas in the kettle and set it to boil, and shortly thereafter there were neither peas for lunch nor a kettle to make our tea in.

My Nana took me on many dates before I became an insufferable, shitty teenager too cool to hang out with her doting grandmother. She died before I figured that one out.

After she died, my dad and were talking about what a dramatic disaster she was when it came to food. He spent his childhood drowning everything in ketchup just to survive; I told him about the can of peas, and he had a good belly laugh while I got rather red around the nose and eyes. And then he told me this story: One day when he was a kid, he found her grumbling about a neighbour being something like a “sour old bat;” a few days later, he found Nana cooking this same old harridan up a care package because she was having a hard time of some sort. When he asked her why she was being nice to someone who was so unkind to her, Nana’s response was, I shit you not, “Maybe she just needs someone to love her.”

I have this strange lump in my throat all of a sudden but think I’d be up for burnt canned peas right now anyway.

NB: I posted a slightly different version of this piece on the now defunct Food Riot eighteen or so months ago. I’ve decided to resurrect my favourites here.